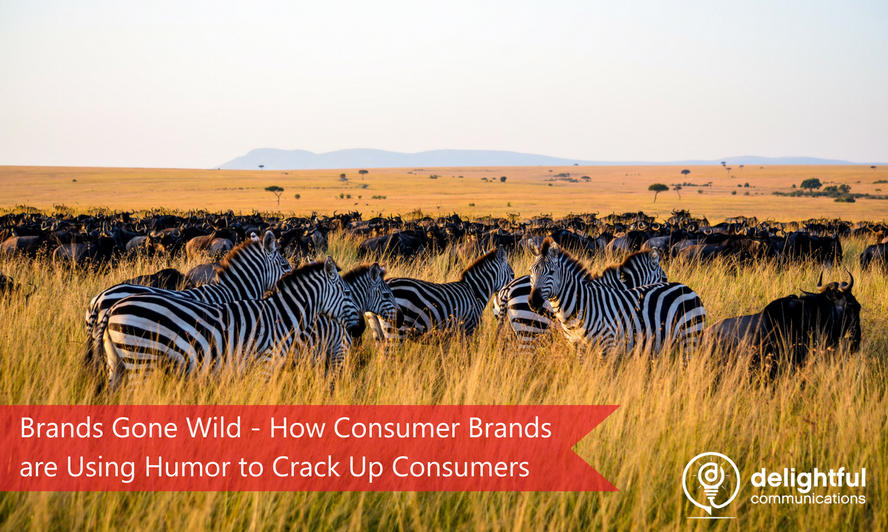 Consumer brands are livening up their social strategy by taking the humor up a notch. While this isn’t a new tactic by any means, some brands have started using social media to find their inner stand-up comics.

Brands like Taco Bell and Domino’s have been garnering attention for their sassy presence in the past 5 years or so. The level of humor used has been steadily increasing with various brands implementing the tactics highlighted below in a variety of ways. From all-out sass to casual jokes, there are certainly different levels of risk involved as well. But there are also benefits with some efforts even garnering media attention, like last year when Wendy’s capitalized on a social copy error on the McDonald’s Twitter handle.

So what brands have taken on the role of social media standup comic?

MoonPie started taking humor and sass out of this world this past year, becoming one of the most notable brands of 2017. Their on-point messaging has earned them an impressive 212K followers on Twitter. The account often calls out those who dis the brand on Twitter. They even made headlines last December after a tweet calling out a hater went viral.

Not only do their brazen tweets make you laugh (or sometimes cringe), but they also don’t just post the joke and hide offline – they engage and reply to those responding on Twitter.

We are a family snack cake please use a minivan instead https://t.co/GMzSW65R3j

Their commitment to actively responding to the replies is often where their most viral tweets come from. I reached out on Twitter to see if MoonPie would like to comment, and they didn’t disappoint.

I actually go by dr. sass master in my respected field

Engaging and maintaining their persona is really where MoonPie takes the cake. Plus, don’t you kinda want a MoonPie now? I do.

Oreo doesn’t up the sass like it’s fellow snack, MoonPie, but it does get in some good jokes. Unlike MoonPie, Oreo backs up the jokes with impressive graphics and animations. 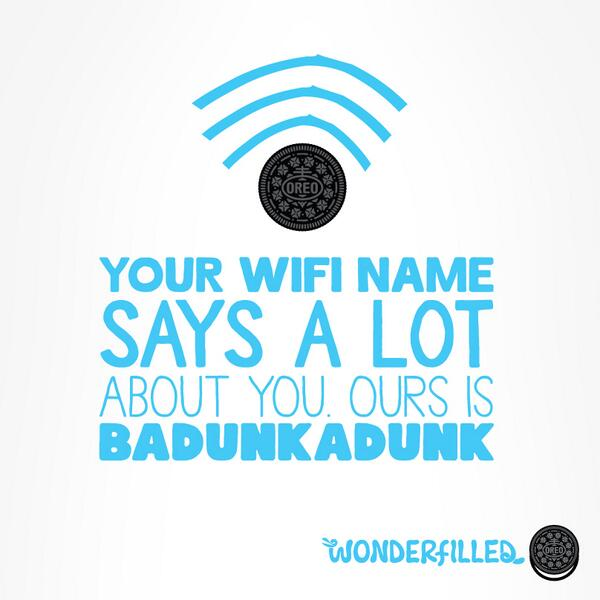 Oreo’s Twitter features more non-explicitly funny content compared to the MoonPie Twitter account. The overall voice is infused with a light and fun feel with elements of humor interspersed. Overall, they do a great job of consistently incorporating jokes into their social strategy without it being the core of their strategy.

Charmin knows what product they sell, and they use bathroom humor to market their product. I mean, they’re marketing toilet paper here. This tactic, embracing and being humorous about the type of product you sell, can work extremely well if done right.

They toe the fine line of taking bathroom humor too far down to the dumps. They often pair their jokes with fun graphics and use polls in their jokes.

Your Charmin says a lot about you. Which one do you doo? pic.twitter.com/jzfHi43MuN

While plenty of people can find extreme bathroom humor funny, plenty do not. Charmin uses balance to appeal to a wider audience. Which is why their posts aren’t all bathroom jokes, but often just simple, relatable content. All in all, they mix relevant content with bathroom humor and puns, leaving a memorable impression on consumers that scroll through their feed.

Wendy’s takes a note in cheekiness from MoonPie, but they take it to another level by mostly dishing out the sass toward competitor McDonalds. From capitalizing on a failed error and making headlines to creating hashtags that dis the other fast-food giant, Wendy’s will stop at nothing to roast McDonalds. Seems like they’ve got a beef.

Aside from constantly roasting their competitors, Wendy’s posts plenty of other great jokes, such as a timely Valentine’s day tweet featuring their signature item, the Frosty.

Wendy’s strategy stands out, particularly when compared to their competitor, McDonald’s, who tends to play it safe on Twitter. Overall, the sass has earned them 2.3 million followers – or, people really like their chicken nuggets.

Another great way to use humor within your social strategy is by capitalizing on topical events. Things such as holidays, major sporting events, or significant current events all create great opportunities for some humorous tweets. Taco Time NW capitalizes on events particularly well. Recently, they created their own March Madness bracket in a clever and hilarious fashion by filling it completely with Mexi-Fries. Capitalizing on events such as this shows deftness and allows you to increase reach by using popular event hashtags.

We filled out our bracket! pic.twitter.com/WNk911qy3T

Taco Time does well by being consistent in finding events to capitalize on while also interspersing humor in non-event-related updates.

So these brands have funny tweets. But why go to the moon and back to try and make your customers laugh? Well to start, laughter has proven to be a social bonding mechanism.

Brands making headlines with humorous social channels have also shown the marketing world that funny can get you press. And if those jokes are funny enough and consistent, they’ll leave a lasting mark on consumers. Using jokes also brings personality to social media and larger brands. The MoonPie Twitter account, for example, is all in the first person. It removes the idea of a brand and puts you right in touch with MoonPie itself. It’s personified, and man is it sassy.

There are certainly risks involved as there are with any social media marketing strategy. The people of the Internet can be unpredictable. There are plenty of trolls lurking around the corner, waiting to catch big brands and companies, so you must be prepared for those responses.

Many brands tread a fine line of humor on the Internet. You must accept the fact that everyone has varying levels of what they find funny and what they find offensive. In the end, you can’t please everyone.

Additionally, there can be risks if you spend a lot of time working on a piece of content, only to market it with a joke that falls flat on social media. Did you waste that content? Certainly not, it can always be repackaged. There are similar risks involved in spending time creating any type of content, so don’t let the addition of humor make it seem not worth the effort.

Tips to take your brand to the top

If you do decide to take on the additional risks and crack those jokes as a part of your social strategy, here are four tips to keep in mind.

Good standup comics know their audience and can quickly gauge a room. Know your audience and make jokes accordingly. Are you a brand in the financial industry? Maybe don’t make any jokes about losing people’s money during a financial crisis. Create your content as you would normally, with your audience and the reader first in mind.

Stay engaged with your posts and always keep an eye on your notifications. If a situation does arise and someone takes issue with one of your jokes or posts, it’s good to be aware right as it happens so you can take any necessary further actions and help prevent the situation from spiraling out of control.

Some of the best-executed jokes and instances of humor by brands on social media are topical. It’s based on events like Valentine’s Day or March Madness. These events have high-volume hashtags and are great, and often quite easy, to capitalize on.

You don’t have to crack a joke in every single tweet. In fact, unless you’re MoonPie, it’d likely be extremely hard to effectively do so. Humor shouldn’t be 100% of your social strategy, but rather just a percentage of it. That percentage is up to you and should be based on your goals. Find the balance of where and when to include humor and evaluate how it fits your company’s needs and goals.

Just remember, humor can be a great social strategy, but there are plenty of other social strategies as well. Humor and cracking jokes aren’t for everyone or every brand. We can’t all be MoonPie, but we can still have great social media accounts just the same. Evaluate what is best for your industry, your brand, your needs, and the goals you want to achieve. If you get to crack a few jokes along the way? Well, that’s just Delightful.