What is Emotional Brand Attachment and How to Create it with Affection, Connection, and Passion

We had the pleasure of attending Gray’s closing keynote speech “Elevating the Role of Social Media to Drive Emotional Brand Attachment” at Ragan’s Employee Communications, PR & Social Media Conference at Microsoft, where he stated that effective marketing messaging is moving from PUSHING content at audiences to PULLING engagement (and content!) from audiences.

These days, Gray said, we are bombarded with information. We see approximately 5,000 ads every day and we are getting very good at not falling for techniques that used to work. A good open rate for marketing emails is 5-15%. A great click-through rate for display ads is a mere 2%.

So, how do we break from the traditional marketing techniques and connect with audiences?

“There is no metric that has a stronger correlation to sales than brand attachment.” – JoAnne Sciarrino

“Brand attachment,” Gray said, “is the emotional connection between people and brands.”

The goal is to get audiences to voluntarily interact with a brand, said Gray. The way to do that is to use content to build audience AFFECTION for your brand, which will lead to a genuine emotional CONNECTION, which leads to PASSION and true brand loyalty.

So how do you build affection? You create content that your audience can relate to. For example, Gray said, Burger King has a history of trolling McDonald’s. Two years ago, they launched a “Come as a Clown, Eat Like a King” campaign, promising free Whoppers to customers coming in dressed as a clown that Halloween. Last year, they gave customers a Whopper for a penny if they ordered it through the Burger King app within 600 feet of a McDonald’s location. Millennials, Gray explained, found the corporate “rivalry” entertaining and were more likely to engage.

Once an affection has grown, explained Gray, it has the potential to develop into a genuine connection with the brand.

“Our research across hundreds of brands in dozens of categories shows that the most effective way to maximize customer value is to move beyond mere customer satisfaction and connect with customers at an emotional level.” – Harvard Business Review

One example, Gray said, is Fender. They noticed that sales of guitars were dropping and traditional sales tactics weren’t working. The cause, they found, was that the market was shrinking. Fewer people were learning how to play guitar which led to fewer people buying them. Their solution, said Gray, was to launch Fender Play, an online resource with video guitar, bass, and ukulele lessons. It connected with an expanded audience by filling the audience’s need for knowledge. By providing a service, they were able to expand their market and grow sales while building affection and connection for their brand.

Another example Gray provides is REI’s Force of Nature campaign. Instead of traditional marketing methods of promoting their products, they are connecting with audiences by showcasing videos of inspirational, outdoorsy people, like “Women in Fire” which shares the stories of female firefighters.

Often, this connection is built by filling an audience’s need, whether that need is knowledge, inspiration, or something else. Humor is frequently used to build affection with an audience, but when it’s done well, it can also be a powerful tool for deeper connection or even passion for a brand. 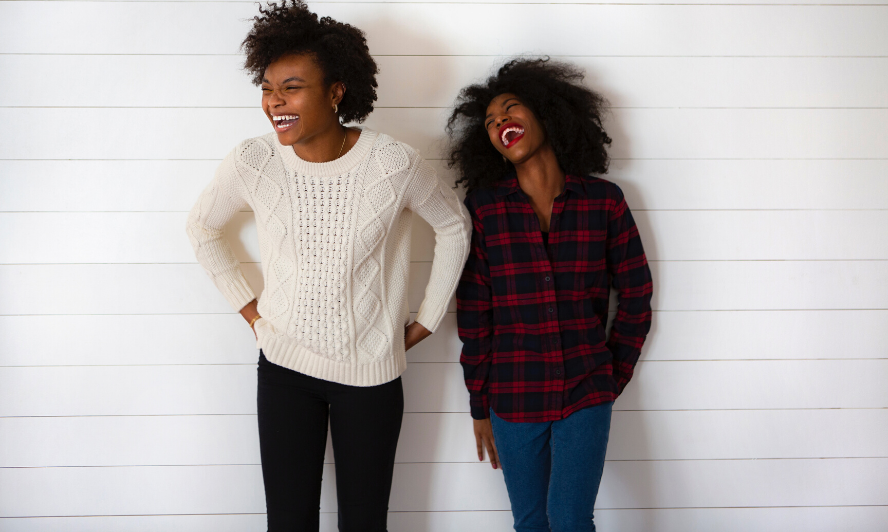 One way Universal used humor to connect deeply with audiences, said Gray, was with last year’s “Vacation Call Center” video, where they created a delightfully hilarious spoof mashup of “The Office” and “The Grinch.” The video resonated strongly with audiences and became widely shared, he said, especially since “The Office” already has such a passionate fan base. Several commenters posted that they would gladly watch a show based on the spoof. It was so successful, Gray said, that a second episode is in the works.

One of the reasons that video and others are successful at creating a deeper connection, Gray said, is that it isn’t a sales pitch. “Vacation Call Center” focuses on humor and bringing joy to the audience, with only small mentions of Universal’s Holiday events. It creates an emotional connection (humor) with the brand.

Another way, Gray said, that they have emphasized the emotional connection people have to their brand, is through the “’Real’ Reactions: Diagon Alley” video. They have recreations of people’s reaction to entering Diagon Alley for the first time. It’s humorous and a little over-the-top, Gray said, but he sees these reactions in visitors every day. The key that makes this video successful, is that the camera never pans to Diagon Alley – you can see it in the background, but the focus stays on the faces of the people the entire time, as they react in wonder and amazement to their first glimpse of Diagon Alley. It isn’t simply promoting the wonders of Diagon Alley, it’s promoting the emotional experience you will have if you visit.

Tugging at the heartstrings can also lead to a deep, passionate connection with a brand. Gray and Universal once again shift focus away from a traditional sales pitch and highlight the emotional impact going to Universal Orlando had on one particular family. Warning – bring your tissues. The video goes deeper than just showing you someone else’s emotional experience. It pulls from your own emotional experience and connection just by watching, making it memorable and impactful.

When you’re creating your next marketing campaign, remember to focus on creating emotional connections with your audience. If you’re successful, you’ll win more than just a sale. You’ll create loyal brand ambassadors.