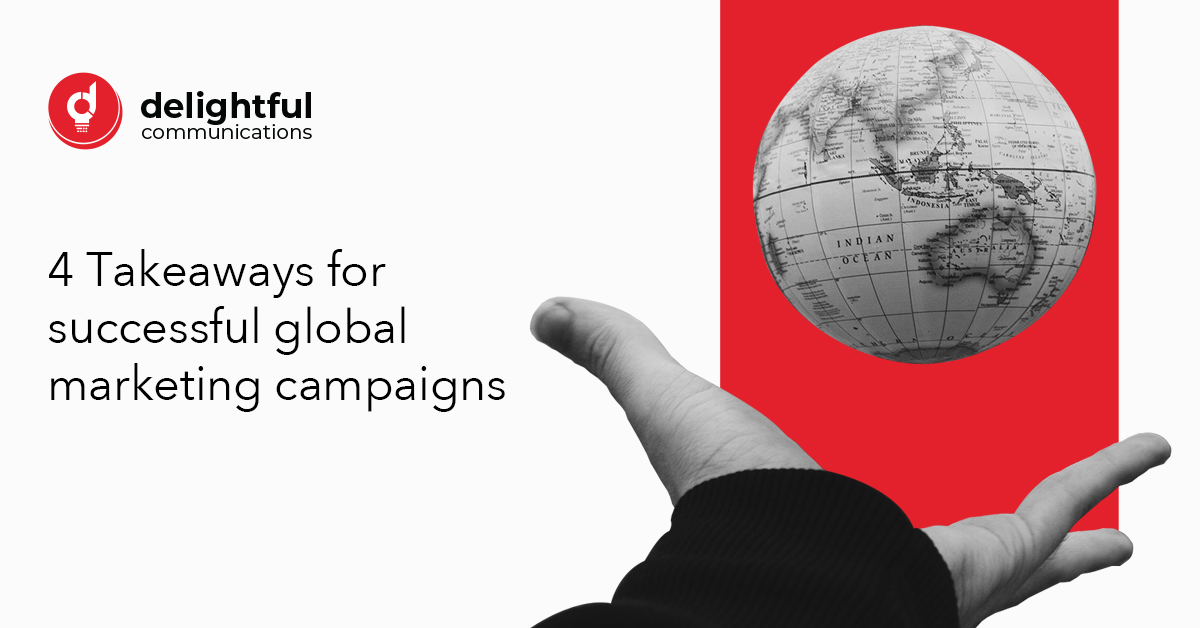 “Celebrate Uniqueness” is one of our Delightful principles. With a company culture that encourages inclusivity and diversity, I get the privilege of working with amazing colleagues and clients from different cultures to develop and execute global marketing campaigns.

As someone who grew up in China and now works in the U.S., I’ve been able to see how globalization is bringing different people together to find common ground, but also to realize how huge the difference can be from culture to culture, which is even more prominent in the marketing world.

In this article, I wanted to share with you my biggest takeaways regarding how to develop and keep a global mindset that will help you do cross-cultural and global marketing right.

The nuances of culture diversity

It’s easy to remind ourselves about the cultural difference, but sometimes, we forget the broad range of the differences, which penetrate through every aspect of our lives. It can be as obvious as the language we speak, the food we eat, the religions we believe. Yet it can also be subtle, such as the different meanings of colors or a phrase under specific context, social norms, and values.

For instance, red is a color that a lot of cultures interpret as passion, love, or excitement. It’s commonly used in Asia as well, especially in celebration for good causes like a wedding or the new year. However, there’s a Chinese taboo that we should never write people’s name using red ink because, from the ancient times, the names of death-sentenced criminals were written in red ink. Green also has a special meaning if it’s used for hats in China, which means the spouse of the person who’s wearing a green hat is not loyal to him/her.

Brands that appropriately address the value and topics that matter and resonate with culture will be rewarded. SK-II, a high-end Japanese cosmetics brand, launched a marketing campaign to challenge the stigma of so-called “leftover women” in China, a phrase to describe single women in their late 20s or early 30s. The emotional commercials won huge success in China with sales increasing by 50% in 9 months and a significant boost of brand awareness and positive sentiment.[1] The success of the campaign can be attributed to SK-II’s understanding of its target audience’s struggle with their traditional cultural value. The women in the commercials, who chose to pursue their dreams, rather than being pressured into marriage for the sake of it, told the stories that many of SK-II’s ideal customers were experiencing, and expressed the value that they wanted to shout out loud.

Language is important as addressed in the quote by Mr. Mandela. That is why translation is always the first thing that pops into marketers’ mind when they start executing an international marketing campaign. Interestingly, it’s not until I started working on translating marketing assets, did I realize what a marketing campaign really needs is localization or transcreation, not just simply translation. 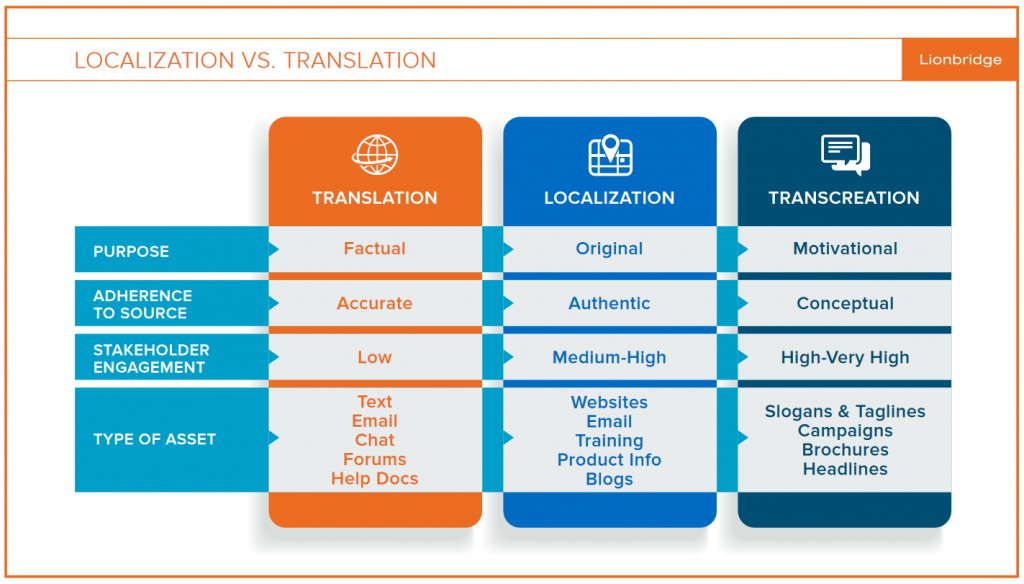 Good marketing campaigns are often rich with cultural references, emotion, and indication. If only translated word for word, they may lose the emotional nuance, and even make serious (if not hilarious) mistakes. When it was first launched in China, Kentucky Fried Chicken translated its slogan “finger-licking” good into “Eat your fingers off.” When expanding into Mexico, Parker Pen’s slogan “It won’t leak in your pocket and embarrass you” came out as “It won’t leak in your pocket and make you pregnant.”[1] If brands took the approach to trans-create the slogans, which aims to convey the concept rather than the slogan itself in a different cultural context, the mistakes would have been avoided.

Know the market and the channels

Conduct research on the market and the available vehicles to reach people is crucial for all marketing campaigns. For international campaigns, there are a few aspects we need to pay more attention to.

The competitive landscape can be very different in a specific market, even among the same competitors. For example, while Kentucky-based KFC is not the best-selling fast food chain in its home, the U.S., it has the most stores in China with more than 5,600 locations, and is said to be the largest fast food chain in the country, beating McDonald’s, Burger King, and other Chinese fast food chains.[1] Therefore, if you are a marketer who’s trying to expand your fast food chain into China, KFC, instead of McDonald’s (the number one brand in the U.S.) should be the major brand you look to learn and compete.

The effectiveness of marketing channels, especially digital, can vary significantly from country to country. Email marketing, as one of the most effective B2B marketing channels in the U.S., has only started gaining traction in countries like China. Some marketing tactics of newer format, like webinars and live streaming, might lack the supporting technology and the audience familiarity in your target country, to reach the marketing impact you are seeing in the U.S. 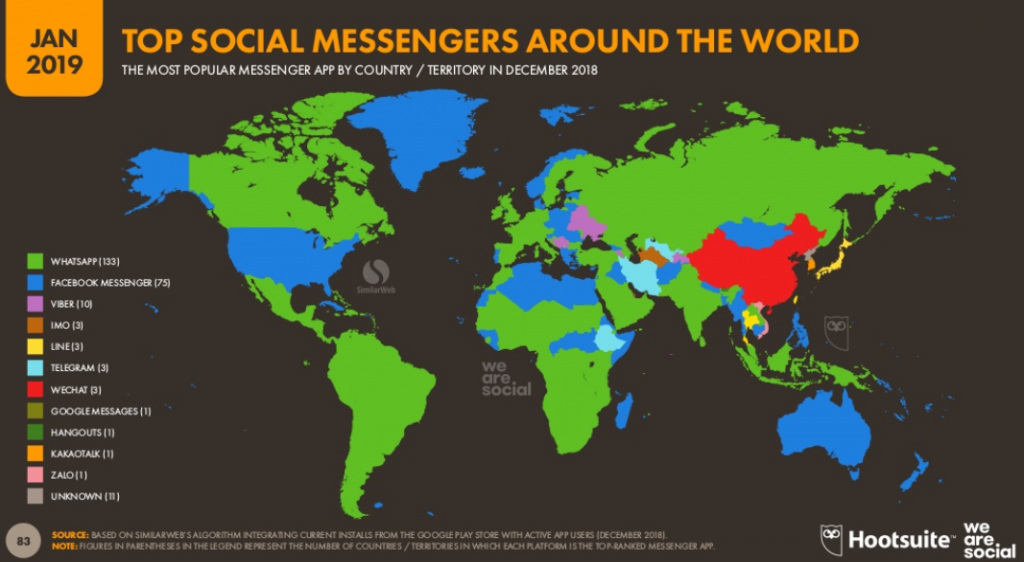 Be sensitive with other cultures

When it comes to cross-cultural communications, we simply can’t make assumptions for what we are not familiar with. As mentioned above, there are too many details and nuances that only someone who’s been in that culture for a long time can notice and identify. If you want to communicate with or sell to a foreign culture, be as sensitive as you can with it. This is my most important takeaway because a lack of sensitivity can cause a catastrophic impact on a brand.

In 2018, Dolce & Gabbana launched a series of social media commercials, “Eating with Chopsticks”, promoting their big fashion show in Shanghai, China. The videos had many elements that locals saw as red flags pointing towards racism. These include the stereotypical music and scene setup, condescending tone mimicking Chinese accent to incorrectly pronounce the brand name,  insensitive voiceover such as “Let’s use these small stick-like things to eat our great pizza Margherita,”[1] and so on. Together with a sequence of other incidents, later on, the heavily invested fashion show was canceled, their product was removed from all major Chinese e-commerce sites, and the brand boycotted by Chinese.

This type of global marketing campaign blunder caused by insensitivity is not rare to see. A marketing campaign by Yellow Pages in Toronto shows a noodle bowl on a poster to illustrate Bi Bim Bap, a Korean rice dish. A Cadillac’s commercial received criticism globally as it implies, “you’re rich because you’re an American and Americans just work harder.”

Most of the mistakes the brands made above were avoidable if their marketers held a sensitive attitude to other cultures. Even if a marketer has done all the homework and felt confident about everything of the campaign, she/he should still run it by a native who knows the culture well, as they may notice things a cultural foreigner would miss.

Do you have any takeaways to share around cross-cultural marketing? Feel free to comment in the comments below!