How To Present Yourself with True Confidence and Sincerity

It’s January and many of us will be embarking on new resolutions that we hope we’ll still be keeping by the end of the month.

Some maybe health and fitness related, some maybe career-driven and some will be a combination of both.

Although many of us focus on the physical health of our bodies at this time of year, it pays to have a think about the mental or attitudinal aspects of where we want to be in the next 365 days and how we are going to get there from a cerebral point of view. It’s all very well losing 10 lbs. or cutting down on caffeine, but physical health needs to go hand in hand with some mental limbering up as well.

When it comes to that new job, promotion or next round of VC funding you’ve promised yourself, personal branding and how you present yourself online (or off it) has never been more important to think about, especially in this age of ubiquitous social media. 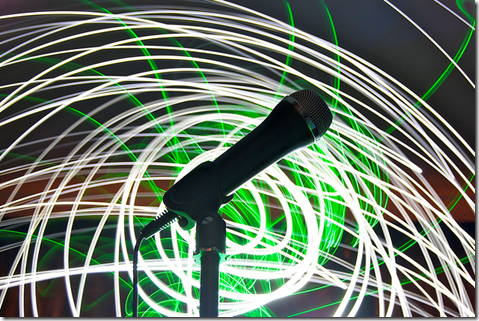 What I’ve been suggesting to people they think about is to try and exude what I call “True Confidence” and Sincerity.

Here’s what I mean:

You might be wondering how I know all this right? Well I didn’t read it in a book. I’ve observed this kind of behaviour happening both in the US and UK for years.

Here’s a confession: I used to be a tad insecure.

Getting on stage and performing for people wasn’t a problem, nor was starring in pop videos (I used to be an actor). Getting up and speaking in front of hundreds of people at conferences wasn’t a problem either. All that “performing” was escapism and bravado for something I was lacking that was wracking my sub-conscious with a little guilt and low self-esteem.

Now I won’t go into detail, but something happened that snapped me out of that vicious cycle and I started to learn “True Confidence”, the main ingredient of which is the understanding that it is okay to fail, it is okay that you don’t know EVERYTHING, and it’s okay to admit you could do (and BE) better.

My point is that having “True Confidence” means you exhibit and exude (love that word!) an ability to perform what ever it is you want to do – job, sport, parenting etc – to the best of your knowledge and no further, AND that you are continuously trying to improve because you recognize you DON’T KNOW EVERYTHING!

Why is this important for your Personal Brand?

It’s my opinion you will win more friends and influence people if you attempt to excel in your field and demonstrate the need and willingness to learn more and be better. Letting people know you don’t have all the answers is better than bluffing them with overconfidence and BS because in the long run you will be found out.

During my 7 year career at Microsoft, being self-critical was drummed into me (and everyone around me) as a key ingredient to personal growth, and when we interviewed people from outside the organization, it was crucial to try and spot the overconfident people who felt the need to show no fear or gaps in their understanding or skillset. It wasn’t a case of eliminating them outright, but suggesting they might have something to learn. It’s called a “confidence/competence gap”.

It’s not just in interviews that you need “True Confidence”. Online (in blog posts like this) via social channels, and especially in meetings and at conferences, it pays to exercise it.

One of the best examples I can remember was during a Q&A at SES New York a few years ago. A senior chap from Google gave a great presentation on stage to about 1000 people and during the questions he was asked something he didn’t fully know the answer to. Instead of blathering a wishy-washy response, he simply said he didn’t know but would find out and let them know. The response on Twitter from people in the room was very positive. Here was a guy they had all come to listen to because their business depended on it and he was showing himself to be knowledgeable but also fallible………which brings me onto my second point about being sincere.

As the definition suggests, saying or writing what you “genuinely feel or believe” is essential to your personal brand being seen as authentic and transparent.

Transparency is being seen as an “en vogue” way for CEOs to draw attention to their companies and culture, so living and breathing your personal brand and having the courage of your convictions shines through in any statement you make.

Social media has given people and brands the opportunity to be stripped bare and be seen with warts and all. So why not take advantage of this trend and use it as a window into your personal or corporate soul?

I am instantly turned off by blog posts or opening lines from people who say they “are super-excited to announce…..” It just seems so INauthentic and, to be honest, lazy that, even if they ARE that excited, they couldn’t think of a more honest way to articulate it.

A few years ago I wrote a post on public speaking tips which has now been read many thousands of times. In the section on your opening line, I said “don’t make excuses”! This pivots well with this idea of being sincere. Sometimes you don’t have to broadcast to your audience know everything through speech or the written word. Your demeanor will carry you a long way, but having true confidence and being sincere will take you over that finishing line.

P.S. If you liked this blog post, read more on personal branding, social media and digital PR and please don’t hesitate to share it!