Search engines love links. They are the roads that search engines travel to gather information. Behind the screen, links operate like a vote of confidence and authority for a webpage. As such, they are one of the most important SEO factors a savvy marketer should be focused on.

Big data company, Majestic, helps its digital marketing and SEO customers discover links to company’s online properties and score them; strategically providing tools, data, insights, to support and improve the visibility of their websites on search engines like Google, Baidu, and Bing.

Majestic was a well-established company in the UK but wanted to broaden its reach to the U.S. and to potential customers outside the very niche SEO community. Link intelligence can be used for much more than just SEO, like media analysis, competitive research, web application development, and more.

So, Majestic turned to Delightful Communications to create a thrilling integrated digital campaign to promote its brand and technology across the world by showing that link data can be more than just numbers on a spreadsheet. 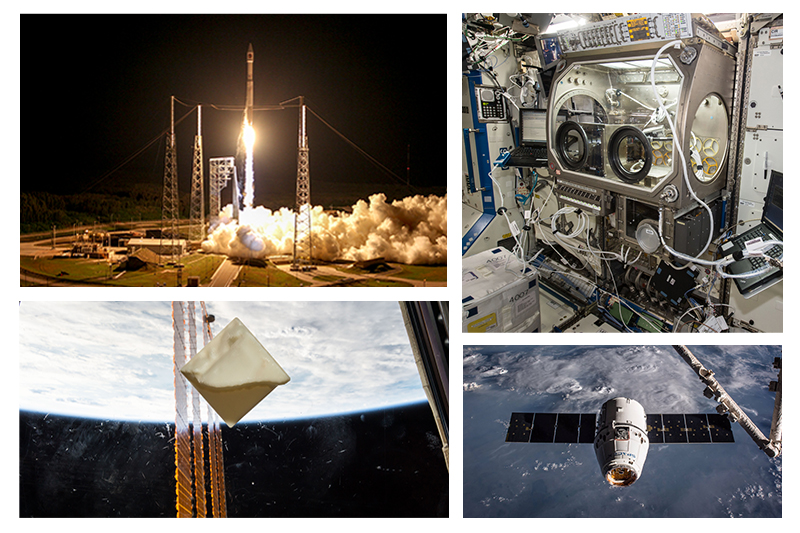 Delightful took the challenge head-on and created the #MajesticInSpace campaign. Centered around a big idea to connect two vast unknowns – the internet and space – the campaign aimed to be highly shareable, appeal to top-tier and industry media, and connect people online and in-person.

Majestic had previously created physical 3D models of website link data profiles that you could hold in the palm of your hand. Delightful took this “one small step for mankind” further. We partnered with a data artist and Made In Space to 3D print the link profile of the entire internet while in orbit on the International Space Station!

In March 2016, the Made in Space 3D printer launched into space from Cape Canaveral. The 3D link profile was printed in January 2017 and descended to earth in March ready to be showcased around the world.

Delightful implemented multi-channel communications and marketing tactics before, during, and after the 3D printing in space to create considerable buzz around this highly visual stunt. These included content marketing with videos and blogs, influencer marketing to engage press and social media influencers, and event marketing to promote the post-landing road show of the 3D model at conferences and seminars worldwide.

The campaign was a huge success. It achieved its goals to reach new audiences and improve understanding of Majestic’s offerings.

In total, Majestic was covered in 30 articles from 24 publications, including the Daily Mail, GeekWire, Mic.com, State of Digital, and 3D Today. And these articles were shared more than 11,000 times across social media. Also, the #MajesticInSpace hashtag reached 19.8M Twitter accounts.

The final 3D print was then taken on a roadshow of events across the US and Europe for the next year and seen and “selfied” by many hundreds of people.