Be Unexpected: Michael Dubin Does It Again With Butt Wipes

It must have been like working on the proverbial second music album.

You’re a new kid on the block and your first attempt at making marketing history goes stratospheric – 10 million views on YouTube and counting! 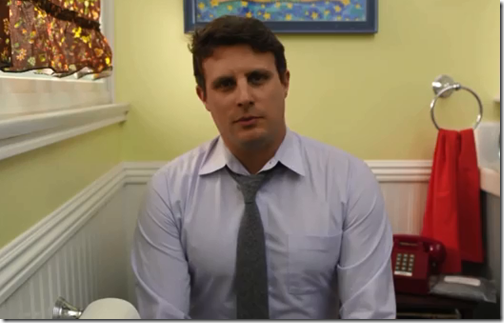 Everyone wonders if your next release is going to top the first.

You’ve told a major magazine that it’s coming in weeks.

It gets delayed for months.

And then this happens…

Who expected botty wipes from these guys? Who expected nearly a million views in a little under a week either?

And WHO expected a name like One Wipe Charlies?

You see Michael Dubin is all about being UNEXPECTED and quite rightly so.

In a crowded market like men’s personal stuff, you need to stand out, be agile and, dare I say, delightful.

His “unexpected” mantra can be applied to any market, especially when you’re looking to shine head and shoulders above your competition using social and digital media. You just need to be creative and not give your audience something, “they could have written themselves.”

You often only get one shot. A split second to draw people in and keep them engaged as your carefully thought out brand idea unravels before their eyes and captures and holds their attention long enough for them to want (no NEED) to share your content.

This is what Michael Dubin and his Dollar Shave Club empire do so well and I hope books will be written about them in years to come! (There’s an idea!) 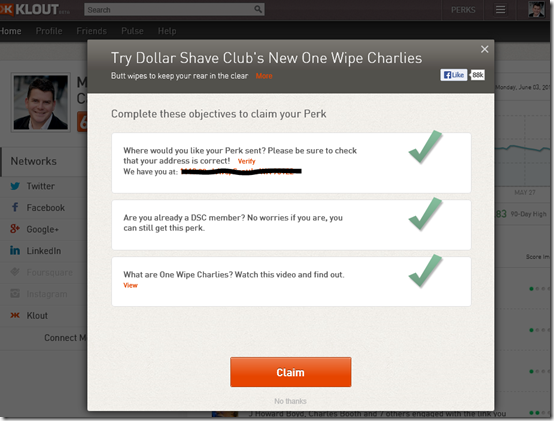 They’ve also helped me find a use for Klout! I got pinged last week with a perk that meant I could watch the video again and then get sent a free trial pack of the butt wipes. Thank you Joe Fernandez!

If you’re looking to get ahead of your competitors, remember it’s not the technology that will propel you into the lead, it’s the idea.